John is a partner at Coppersmith Brockelman. He has almost four decades of experience in complex commercial litigation, including handling numerous trials, hearings, and other matters before state and federal courts and administrative agencies in the areas of contracts, business torts, trade secrets, real estate, securities, intellectual property, professional malpractice, officer and director liability, and products. He has represented large multi-national clients, regional and local businesses, and individuals in a variety of business disputes. John has achieved multi-million-dollar jury verdicts and arbitration decisions.

John is repeatedly recognized as one of the Southwest’s finest litigators. He has been honored by The Best Lawyers in America© in the areas of Bet-the-Company Litigation (2009 to present) and Business Litigation (2007 to present). Moreover, the same publication named him a top securities litigator since 2011 as well as “Lawyer of the Year” in 2018. Additionally, not only has Southwest Super Lawyers recognized him for Business Litigation (since 2007), Securities Litigation (2011 to 2016), and Professional Liability Defense (2011 to 2016), but has also honored John as one of Arizona’s Top 50 Lawyers every year since 2011 . Chambers USA has ranked John as a top General Commercial Litigator since 2014. He is also a Senior Fellow of the Litigation Counsel of America, an invitation-only trial lawyer honorary society limited to 3,500 Fellows, representing less than one-half of one percent of American Lawyers.

Phoenix-area media likewise recognize John’s talents, with AZ Business Magazine including him on its list of Arizona’s Top 100 Lawyers on numerous occasions, and AZ Big Media featuring him as an Arizona Business Leader. In 2014, Phoenix Business Journal wrote, “John DeWulf is the one other attorneys call when they need representation.” 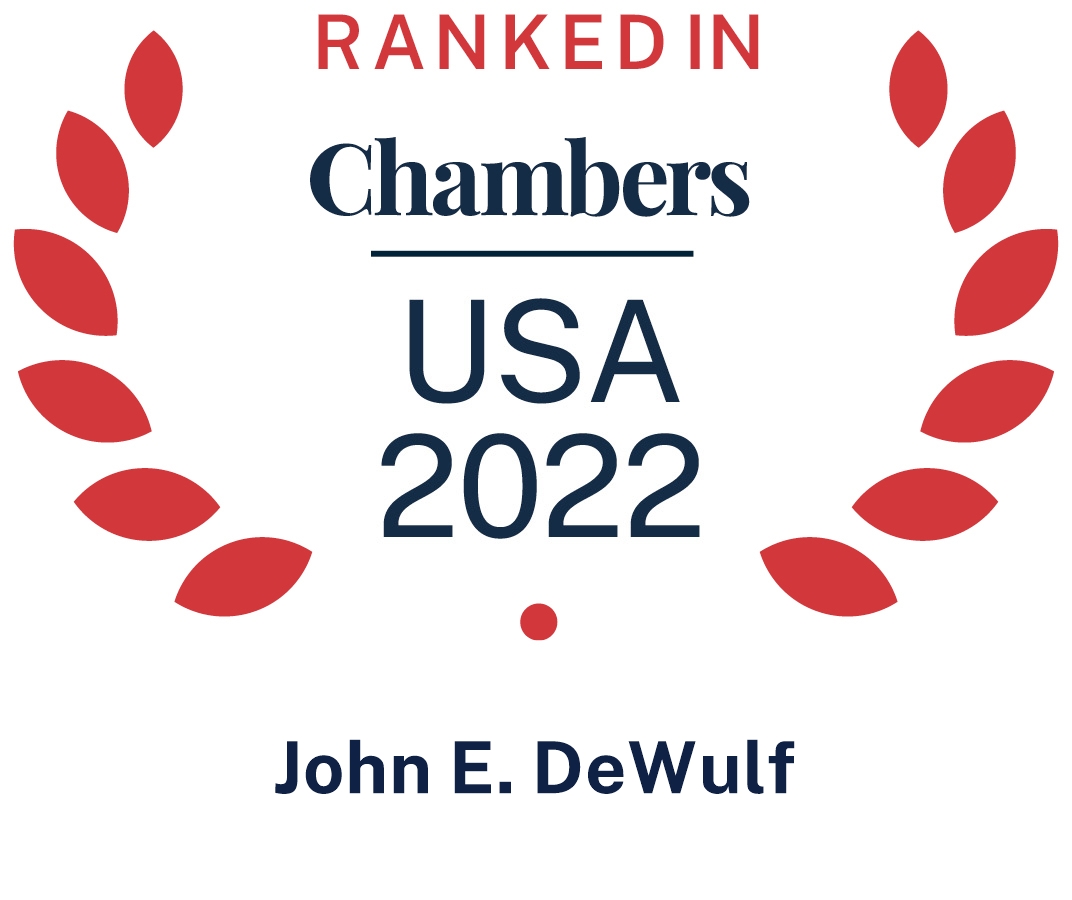 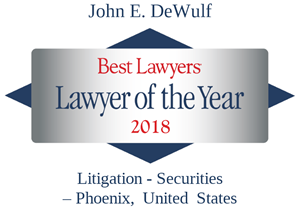