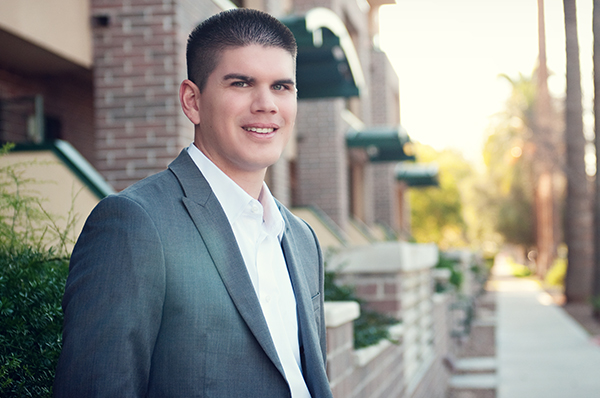 He couldn’t drive a car or vote, but at 14 years old, Andy Gaona’s client carried the burden of completing asylum paperwork. Fast-forward 15 years, after lost paperwork and incorrect forms, the client learned that he was subject to removal not only from the United States, but from his family of four children who depend on him.

Andy, a member of the Ninth Circuit’s pro bono program, passionately took on the case to right what was clearly a wrong.

Born in El Salvador during the country’s brutal civil war, Andy’s client was brought to the U.S. to reunite with his mother, who had fled several years earlier and was granted asylum in 1990. Entitled to “derivative” asylum through his mother, the then 14-year-old boy completed his own paperwork, which would find itself lost among thousands of other applications that immigration officials would receive.

After arguing the case before the Ninth Circuit in mid-December and filing subsequent supplemental briefs, Andy and his client learned that the Court reversed the order of removal and sent the client’s case back to the Board of Immigration Appeals to consider whether he should receive asylum.

While the client’s asylum case is still being considered, Andy’s perseverance and diligence was a gargantuan step forward not only for the client’s legal status, but for justice being served.